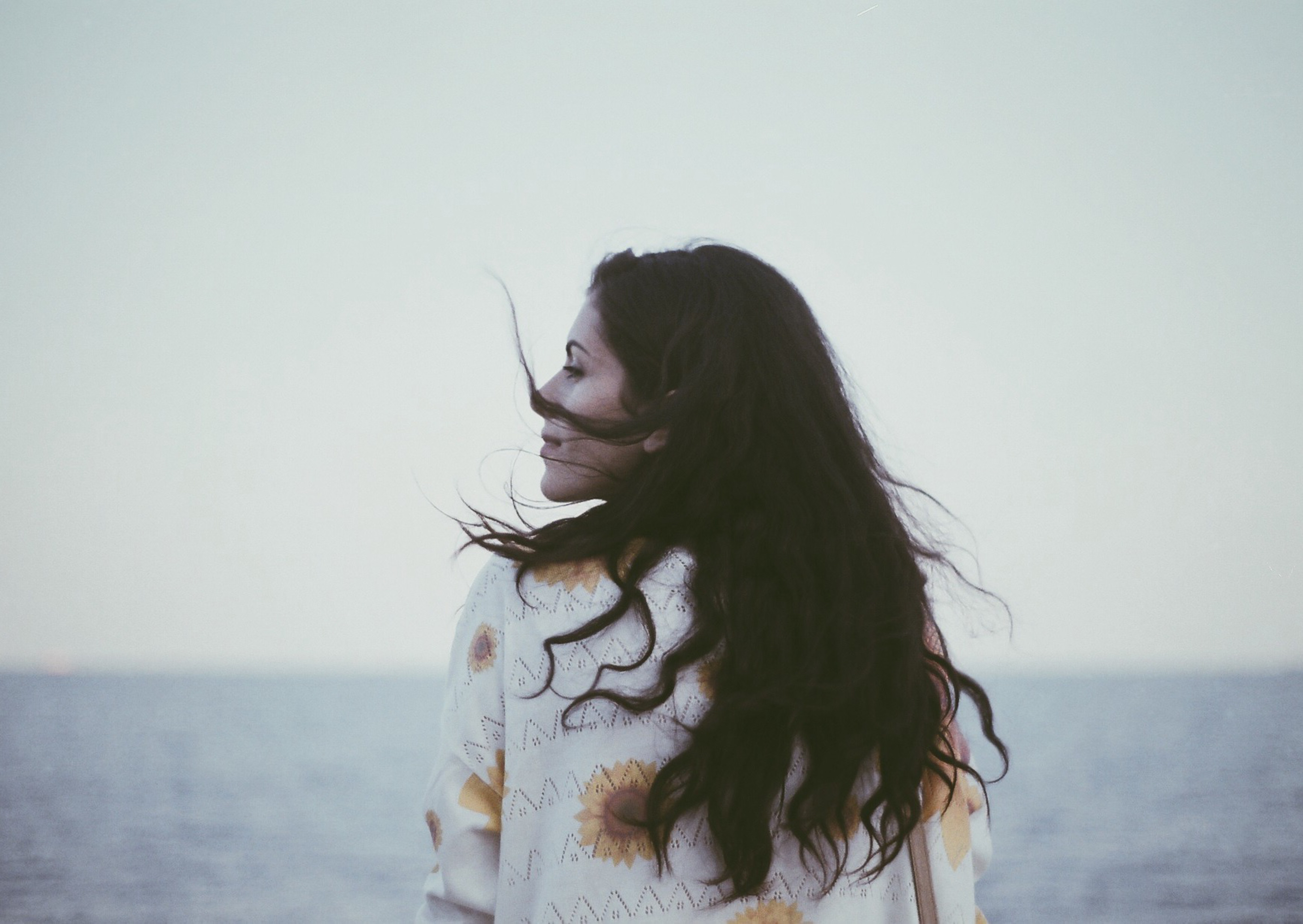 Lately I’ve been on a search for the genuine things—people, relationships, plans. When I was in my younger twenties, my focus was doing and grabbing as much as I could. I felt like my life had purpose when I was busy, when I was saying yes, when there was always something new on my list.

In a lot of ways, I’m still that same person I was a few years ago, so ready and willing to do, chase, and be. Now, though, I’ve taken a step back to really assess what’s important. Would I rather have one good friend, or fifteen so-so ones? Would I rather be alone than spend a night out with people who don’t really have my genuine interests in mind? Would I rather be bored than so busy I don’t have a minute to breathe?

Growing up, to me, looks a lot like redefining who I thought I was and learning that sometimes change is a beautiful, essential part to becoming who we’re meant to be. It’s not bad to be different, to say no, to change our route and path. It’s not bad to distance from what no longer serves us, or to pursue what does—even when it’s something surprising or uncharted.

The last few months, more or less, have been about decluttering my life. A cleaning of sorts, re-centering and reminding myself of both what and who I want to prioritize.

In the past, I thought a fulfilling life was all about having a lot around me—everything from friends, to opportunities, to plans—but now I see that spreading myself too thin not only leaves me unsatisfied, but only allows parts of myself to connect with the people and things around me. And life is too short for parts instead of the whole.

Something I’ve found to be ironically filling is removing the fluff—the people who don’t really care about me, the conversations that don’t really have any weight, the workout plans that don’t serve or build me, the food that isn’t helping my body or my heart, even the jobs that don’t quite push me in the direction I want to go—anything, really, that is not aligned with the vision and purpose I feel in my heart.

When you snip off the things that don’t matter, that don’t boost you, that don’t love you, you give yourself room to grow. Just like a plant that doesn’t bud unless the dead leaves are cut off, we flourish with a good pruning. Here’s how:

1. Say goodbye to the friends that only reach out to you when they need something. Friendships are beautiful, but not if they’re one-sided. If you find yourself only getting a call when the other person needs a ride, needs $10, etc., practice the (difficult and important) art of saying “no.” It’s better to lose a friendship than to feel yourself compromising for every whim and wish of this other person.

2. Remove yourself from groups and conversations that are only gossip or negative-focused. Life is too short to continually talk bad about people. At the end of the day, none of us are perfect, so instead of getting sucked into pointless and purposeless conversations, change the topic and surround yourself with people who are uplifting and genuine.

3. Unsubscribe from emails that you don’t pay attention to. Workplace (and overall life) stress can be easily reduced when you part ways with things you actually don’t care about. Though this seems like such a small and silly thing, when you unsubscribe, you reduce inbox clutter. This will leave you confident and less stressed as you head into each workday.

4. Purge old clothing and material items that don’t add value. If you haven’t worn a shirt or pair of pants in years—it’s time to purge. Though keeping old clothing can, at times, be motivating, sometimes it’s a constant (negative) reminder of the past. Same goes for shoes hats, necklaces, etc. Anything that you haven’t worn in the last year doesn’t obviously hold enough value for it to be saved.

5. Let go of the old relationship mementos and artifacts. Remembering the past is beautiful, but not if it’s holding you back or cluttering your life. There’s something to be said for keeping an old memory, but if you find yourself thinking about a person from your past, or unable to fully move on because you’re still clinging to the sweatshirt he or she bought you last Christmas, it might be in your best interest to let those things go.

6. Empty the cabinets and donate what you don’t/won’t use. Go through your pantry and take out anything you don’t like. Same goes for your cabinets and drawers. If there are items you’ve been gifted that you don’t actually care for, food that could be given to a food pantry, etc. finding ways to give these items away will not only clear storage space, but give you a fresh and humble perspective on what it means to have ‘enough.’

7. Cancel memberships that you don’t actually use. Anything from Netflix to that yoga studio counts, here. Sure, it’s great to have a backup plan for when you can’t go to the gym or when you’re sick and just want to curl in bed, for example. But if you’re paying monthly for things you don’t actually use, that’s cash in your pocket for something that matters.

8. Unfollow accounts that don’t make you feel good. This is so simple, but truly perspective-changing. Whether this applies to a negative friend or an Instagram fitness model you can’t stop obsessing over, unfollowing accounts that bring you down leaves room for positivity in your feed(s).

9. Make your circle smaller. When it comes to what and who you’re spending your time with, eliminate people that don’t actually make time for you, prioritize you, or care about your well-being. The sooner you focus more attention on the people that do, the less empty you’ll feel—even if this means losing a few friends in the process.

10. Stop saying “yes” to things you don’t actually want to do. If you don’t want to take on a new project, don’t. If you can’t attend a social event, RSVP with a ‘no.’ Stop feeling obligated to do, attend, and be a part of things you don’t actually want to be. There’s nothing wrong with saying “no,” especially if a “yes” will sit heavy on your heart. Be true to what you feel, honest about your intentions, and have no guilt in choosing a different path. The people who truly care about you won’t be offended because they’ll know it’s not about them, but about the event.

And finally, focus on what makes you happy. In the end, it really is that simple.