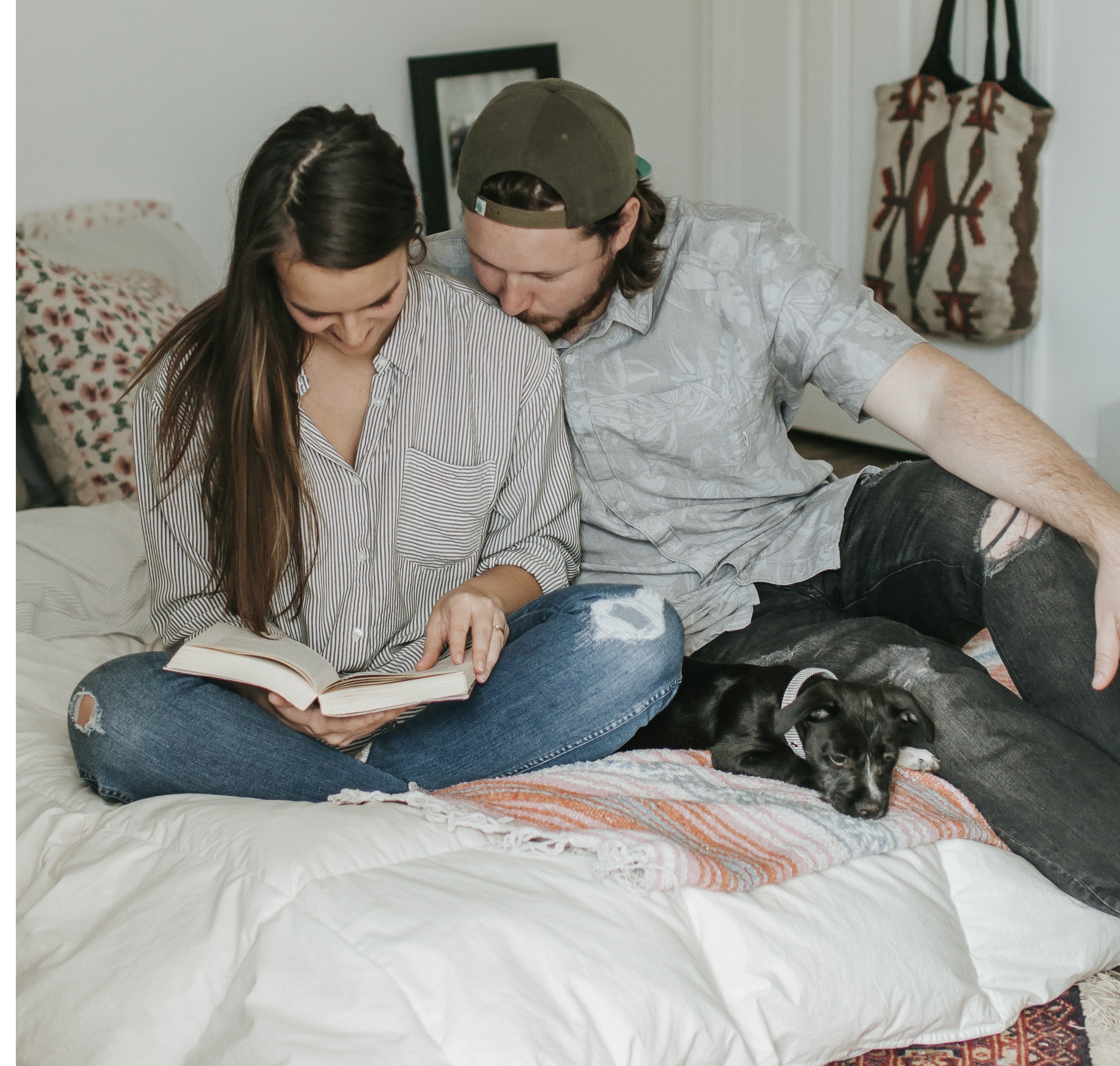 I love music for the way you can listen and not only feel certain emotions, but experience someone else’s story in conjunction with your own. The best love songs, in my opinion, are ones that both visually and lyrically describe relationships in a way each of us can connect, regardless of age, life circumstances, upbringings, etc. No matter who we are, love is something that’s universal.

Love is both an emotion and a state of being, and the best loves songs capture the excitement, the wildness, the comfort, and the calm a relationship can bring. Whether diving into the hardships, fighting through the bad times, or sharing the passion, I love hearing a song that I can nod my head to and say, “Yes, I get it.” Music has power in the way it makes us feel. And perhaps because I’m a bit sentimental lately, or because I’ve been listening to a lot of good music this week, I wanted to collect my favorite love songs all in one place. Here are the 25 best love songs (of all time, in my opinion). In no particular order.

This classic song makes me think of Italian spaghetti and meatballs under the moonlight, Lady and the Tramp, and romantic evening walks.

2. “What Is This Thing Called Love?,” by Frank Sinatra

Okay, truthfully you could create an entire list of Frank Sinatra love songs, but this is sweet and slow tune is one of the best and most listened to.

This 1956 ballad was made by the group, The Platters. The song is about love, fate, and finding the one with sweet lyrics like, “Only once in a lifetime is par / To find someone rare as you are / But now you’re around / I have really found / That there’s one in a million like you.”

This sensual, soulful ballad about finally finding the one is a definite classic when it comes to love songs, so much so, that it’s actually been in the Grammy Hall of Fame!

Chances are, you’ve heard this ballad many times. In fact, it’s been remade my many artists over the years. A sweet song about the way we fall into one another unconsciously, this is definitely one of the best.

A personal favorite, “My Girl” carries special memories of my father singing the lyrics to me when I was young, and getting spun around the dance floor in my twenties. This is a well-known jazzy song that’s recently been added to the Library of Congress National Recording Registry, too!

This song will forever remind me of The Parent Trap and the dinner cruise scene, but even so, it’s a beautiful song that has been a fan favorite since 1965. I love the soft, smoky sound of Nat King Cole’s voice!

When it comes to The Beatles and love ballads, you can’t just pick one! “All You Need Is Love” is one of the best, though, and has been a well-recognized love song since its release in 1967.

This has been a well-known love song for ages. With lyrics like “My gift is my song, and this one’s for you,” this ballad has been rewritten and re-recorded by many artists over the years, most recently Lady Gaga and Ellie Goulding.

10. “I Honestly Love You,” by Olivia Newton-John

This song led Olivia to Record of the Year and Best Female Pop Vocal Performance in 1975. It’s been a favorite ever since!

A beautiful song with a bittersweet ending, this ballad was written about Clapton’s ex-wife. Unfortunately the marriage didn’t last, but the song is still a beautiful reminder of love and what it can, and will be.

One of the first country love songs on this list, Kenny Rogers sings about love and faith, and how it feels to have someone standing by your side, no matter what. Rogers was eventually inducted into the Country Music Hall of Fame for this song, and many others.

A powerful song about loving even through setbacks, REO Speedwagon definitely makes the list. The lyrics reflect how love, even in the ups and downs, still wins if people keep their promises. “‘Cause it was us / Baby, way before then, and we’re still together / And I meant Every word I said / When I said that I loved you I meant that I loved you forever.”

15. “I Will Always Love You,” by Whitney Houston

Every time I see this song title I can’t help but sing the words in my head. This soulful song was actuallywritten by Dolly Parton but became Houston’s legacy.

Cheers to another country singer on this list! LeAnn Rimes stole the show with this song in 1997, so much so, that it actually hit the #5 spot on Billboard’s Top 100 Songs!

This is one of my childhood favorites! This song is all about having feelings for the same person that only grow with time. Awwh.

Another classic song about the ups and downs of love—a definite favorite of the late 90s/early 2000s.

Ironically, this song was produced in the early 2000s (so well before the couple became an official married pair!) but it’s stayed a popular love dance song ever since.

This song is a lot less ballad, and a lot more upbeat, spunky vibes. Filled with silly, but sweet lyrics this song has been a radio favorite since its release in 2008.

This swoon-worthy song was actually Bruno Mars’ debut single. It’s been topping charts since its release in summer of 2010 and has been a contemporary love song favorite over the last ten years.

Get your tissues ready because the truth behind this song is that John Legend wrote it for his wife, Chrissy Teigen. She’s even featured in the video. Heart melts.

This is a great and contemporary love song about running into love when you’re young. Such a sweet melody.

My heart has absolutely exploded at this song a time or two. Not only is it super sweet, and one of the top country songs on this list, but the video features Rhett’s wife. So precious.

This has to be my all time favorite contemporary love song. Not only does it paint a beautiful, visual picture but the lyrics are sentimental and sweet, too. This is also Arthur’s breakout song after winning The (British) X Factor in 2012, too, which makes it even better!