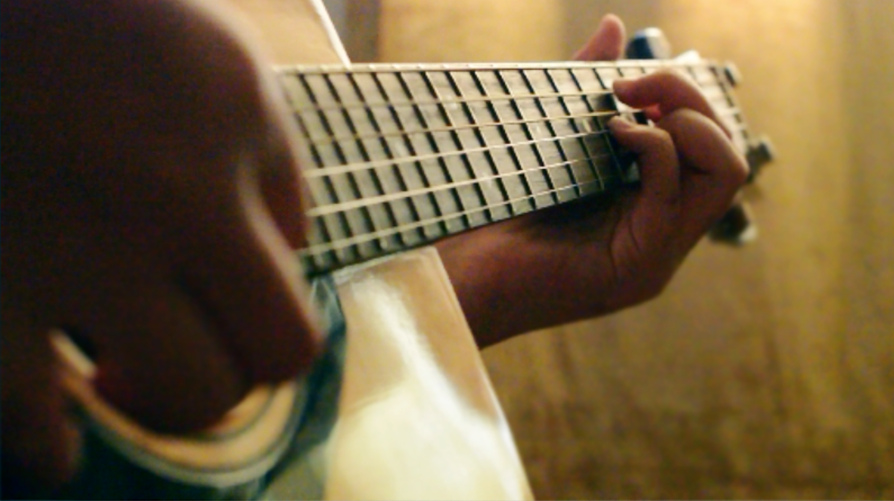 Last night I was walking through downtown Iowa City when a man approached me. He was wearing a baby blue collared shirt and a hat with bright colored gemstones. He talked with sort of a nervous drawl and he stepped towards me, extending a Sharpie marker to me in his open palm.

My knee-jerk answer was no. Why, first of all, were people signing this shirt? And who the heck was this guy? But for some reason (and because it was still light out, I was in the center of a busy, open area, I was in a good mood, and it was a both warm and calm night) I said yes.

And I took the blue Sharpie from his hand and signed my first name, bold and dark across his chest.

He explained to me, as I wrote, the purpose of the signing. Apparently he was from New York, traveling with little money and hanging onto a simple, ridiculous dream. He was a medical doctor, but he quit his job. His friends had told him to pursue his music and he decided to listen. Apparently he could sing, play guitar and the piano and he loved it.

As I accepted his coupons, smiled, and went along my way, that man stuck with me.

I’m not sure what it was—maybe his happy-go-lucky attitude, maybe the silly way he stood in a plaza with a t-shirt filled with names, or maybe just the fact that he soaked up the energy from the world around him as he pursued what could largely be considered a ridiculous dream.

I had to admire him.

His tenacity, his fearlessness, his resolve to move forward. Even when half the people he encountered laughed in his direction and continued walking by.

I’m not sure what the shirt-signing was all about. Or why it made a difference if people signed it. Maybe it was his way of connecting—of finding people that, despite the fact that they knew nothing about him, supported him in some way.

I’m not sure, but even a night later, as I sit on the edge of a porch and feel the gentle summer breeze on my skin, I’m thinking about him.

About how he left everything behind to pursue his ridiculous dream.
And I wonder if I could ever be that brave. Or if I’m just pretending.