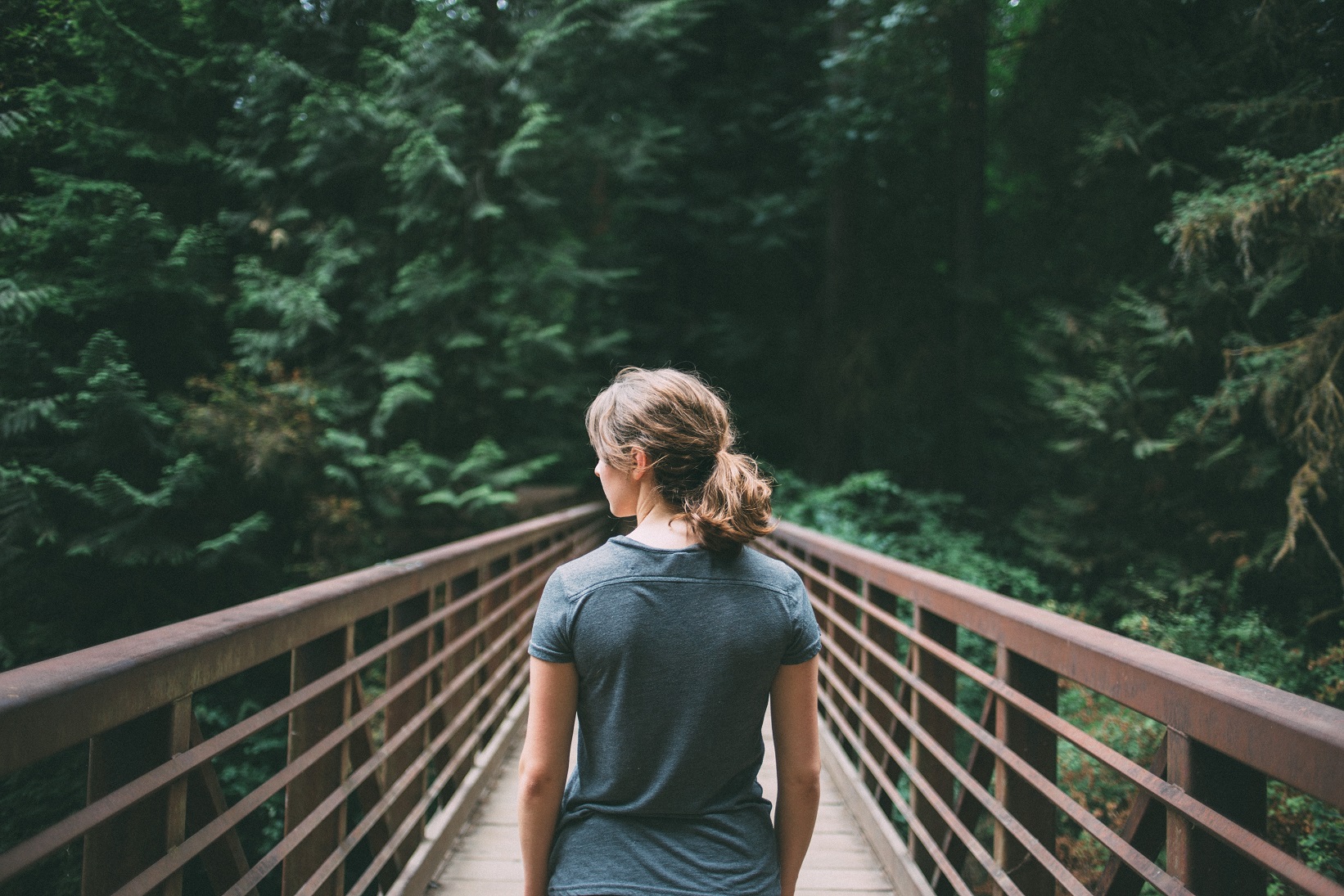 There is a bridge that spans between Iowa and Illinois over the Mississippi River, and when I look out my driver’s side window at the very top, where the pavement stretches to the other side and the steel beams reach towards the cotton candy pink sky, I feel at home for a moment.

Even remembering now, I can picture the softness of the clouds, almost as if they were painted in contrast to the metallic bridge, and the mile marker just beyond the Illinois welcome sign that was always my first indication of closeness.

Passing over that bridge, my tires always sounded hollow and even in the late December snow, I’d open the windows as I’d pass, listening to the rush of cars on either side, the wildness of the icy river hundreds of feet below.

It’s been years since I’ve made that drive, since I watched the Iowa cornfields fade behind me, traded for Illinois highways lit by streetlights and construction traffic all down the I-55. It’s been years since I felt the hum of my dented tan sedan, now inherited by my younger sister, or watched the exit signs turn blue and familiar, each mile bringing me closer to the place I belonged for my entire life.

When I think of home now, I think of long drives with the windows down, the rush of green to brown and the music loud. I think of the conversations I had on speakerphone, or the passengers in the seats next to me—friends and boyfriends, my sister, strangers I helped get home or to the Chicago Union Station so they could continue to the next step of their journey. And I think about how each of those seven-hour drives to and from Iowa built me. I had so much time to reflect, to listen to my heart, to imagine where I would go next and what kind of life I would build.

I had so much time to realize that this place wouldn’t be mine forever, and I would create a new home somewhere else, as beautiful and terrifying as that was.

When I think of home now, I think of my parents. I think of the house I grew up in, slowly being packed into boxes. I think of the asphalt out front where I played street hockey or kickball with the neighbors, where I scraped my knees countless of times trying to rollerblade, where my tires treaded through snow and mud and half-melted tar.

I think of my car pulling into the driveway and my dog barking and how, even though I was always exhausted for driving half the day, I would have a new wave of energy falling into hugs and smells and everything that reminded me of where I’d come from.

I think of how, in time, home bleeds into all the things and people you love, and sometimes you randomly remember the way the clouds looked, or the bridge that spans two states and like a hole in your chest, there’s the reminder of where you’ve come from and how you got here. And it’s both beautiful and painful all the same.