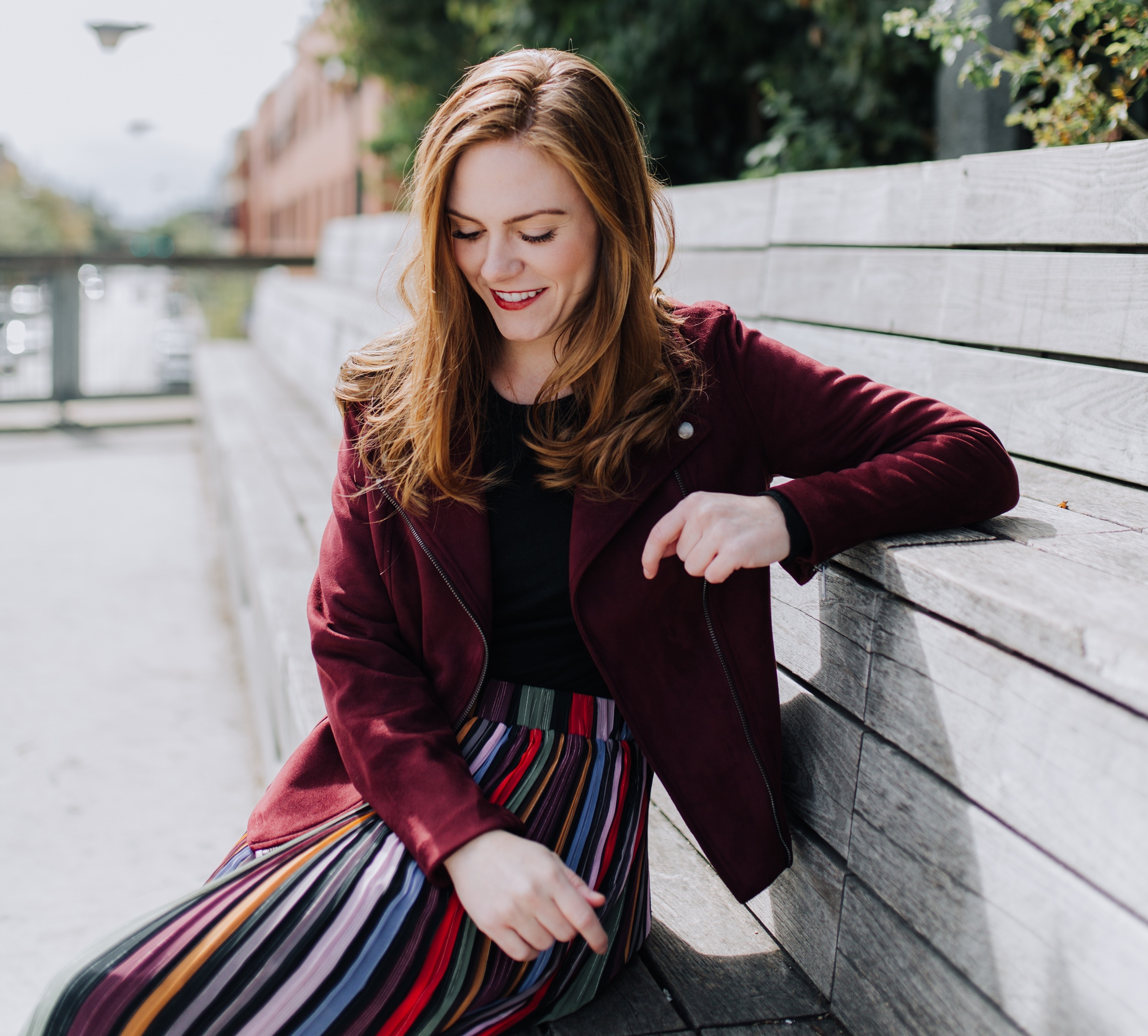 “I’m sorry,” I type, “This topic doesn’t sit well with me, and I don’t think I can write the piece. I wish you the best in finding a better fit.” I press the green ‘send’ button and put my phone down on the table. Then I take a long, deep breath.

Those two words, I’m sorry, feel more like a declaration than an apology. They feel like strength, strength I’m just learning to build within my heart.

Have you found yourself in situations like this, struggling to figure out what you think and feel, but are so bound by the desire to fill someone else’s needs? Wanting to be what you can for another person, simply because you’re too afraid to say ‘no’? Realizing that you’re compromising on your heart and truth because that’s “easier” than rocking the boat?

My twenties has been a time of discovery, a time of change. I’ve learned, slowly, that there is value in doing what’s expected of you (even when you don’t want to), but that there is equal value in trusting yourself to know what’s right, too. I’ve learned that sometimes people think they know what’s best for you, but ultimately you’re the only one who can decide that truth. And most importantly, I’ve learned that it’s okay to say ‘no’ sometimes—within reason, of course, and to the right people—but that saying ‘no’ doesn’t lessen your ability or your worth.

That has created a very important shift in the way I live my life.

As a writer, my craft drives everything about me. I am always putting my heart first, always trying to figure out what aligns with the core of myself. But there have been roadblocks along the way. There have been people who have tried to shift the direction of my art, or change the message I was trying to spread. There are people who have restricted the things I was trying to build, or flat out denied me and things I’ve shared.

There have been moments where I compromised, thinking that if I just did what someone else wanted, I’d be happier. Or that somehow, some way, we’d both end up satisfied in the end. But every time I compromised on something I believed in, every time I gave up a piece of myself to make things more seamless for someone else, I was left unfulfilled.

Because truthfully, this life isn’t about toeing a line or doing what we’re told. It’s about challenging the norm, pushing the boundaries, and finding your unique niche.

You’re not meant to be like anyone else—you’re meant to be you—and anything you do in opposition to the core of who you are will only leave you empty.

I spent so much time trying to check boxes, trying to fill holes. In my relationships, I was striving to be the best partner, always trying to make up for the things their exes were lacking, or trying to undo the mistakes I may have made with someone from my past. In my professional life, I was always dancing around my supervisors, trying not do to anything that would be ‘out of line.’

I was always trying, pushing, attempting to be everything that everyone wanted—until, ultimately, I didn’t know what I wanted at all.

And we do this so often, don’t we? Let ourselves get wrapped up in people-pleasing rather than carving our own paths. Convince ourselves that doing the ‘norm’ or what’s ‘popular’ is better than

I spent so much time, wasted so much time being led by everything other than me. And it only left me dizzy and empty. But the second I recognized that I wasn’t honoring myself, and shifted away from the desires of the world to focus on and say ‘yes’ to me, everything changed.

No longer was I running after the unobtainable, or pushing for something that didn’t even match the desires of my heart. Instead, I began moving forward in the direction I wanted. And it felt good.

That’s the truth about saying ‘no’ to the world. When we stop worrying over what everyone else is doing, we realize the beautiful and unique path we’re on and meant to go.

We realize the potential we have—to be and become—and we let ourselves be led by what we believe. We live our truth. And realize that truth is pretty freaking wonderful.

I’ve finally learned how to say ‘no’ to the myriad of voices and ‘yes’ to my soul.

And this? Well, this changed everything.