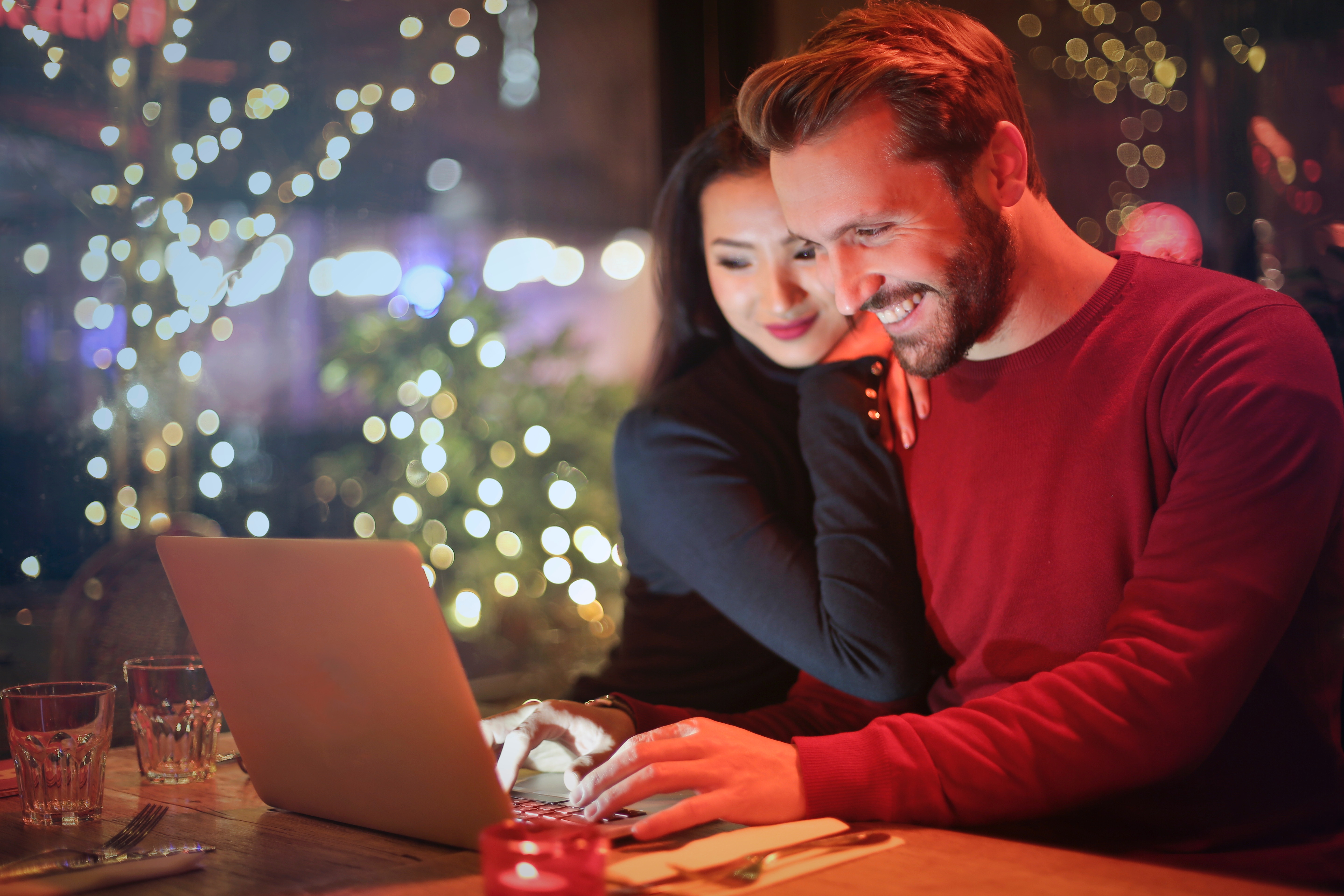 There’s no denying that there’s still a wage gap between the sexes. Though much has been done to improve this, and women are breaking barriers every single day, it still exists. But this gap isn’t the only one. And, perhaps, there are gaps even more important to consider in the feminist fight. This End Of November Reading List is filled with femme-forward pieces on the differences related to stress, pregnancy, birth control, and empowerment (among others).

Whether you’re a woman and looking to bolster your reading list with things that will both anger and inspire you, or a man whose goal is to learn more about women and how to be a better ally, here are pieces that have inspired me this week.

And as always, feel free to check out additional weeks for more content I love.

1. First thing that’s resonated with me is this interesting piece on the stress gap between the sexes.

First of all, I think it’s really important that we start talking about, and addressing some of the vastly overlooked differences between men and women. The other day I had a great conversation with my mom about the role men play in pregnancy (wanted and unwanted) which was inspired by the Mormon mother Gabrielle Blair’s viral Twitter thread (see below). This spiraled into a conversation about gender roles and the things we often (unconsciously) assume about each sex.

When I came across this NY Times piece, I was intrigued. Why is it that men are considerably less stressed than men? And as a subsequent question, What can we do about it?

The piece’s most interesting takeaway, a quote from Dr. Erin Joyce (a couple’s counselor in Los Angeles):

“The difference [in stress levels], however, is in the nature and scope of these responsibilities in the home environment in particular…For example, the United Nations reported that women do nearly three times as much unpaid domestic work as men. The problem is, housework is often overlooked as work, even though it is often as laborious (or in some cases, more so) as any paid job.”

My challenge (for myself and others reading this) is to question some of the assumed gender roles. In what ways can we share responsibility, rather that put it on one sex vs. the other? How can we balance and even out the scales so that there’s less of a discrepancy between “women’s work” and “men’s work”?

2. This viral Twitter thread about men’s responsibility in pregnancy.

So I mentioned this thread above, but I’m giving it it’s own number just because I think the perspective is that important. When it comes to unwanted pregnancies, so often women are ‘responsible’ (in negative terms we so often read in social media, etc.) or ‘to blame.’

While I can understand the perspective of putting the onus on women because they are the ones who physically carry the baby, I have to say that there is a lot of truth in what Mormon mother of six, Gabrielle Blair, has to say. She argues that it’s not even a shared responsibility, really, it’s the man’s responsibility. The man is the one that creates the pregnancy within the woman, so instead of making it the woman’s job to take birth control, make sure that a condom is being used, etc. men should step up.

What I love the most about this Twitter thread is how Blair is fearless in letting people know what she thinks. Some may argue against her perspective (in fact, I’m sure many are — especially men!) but I think it’s important to talk about. Women shouldn’t be the only ones responsible for their sexual well-being/pregnancy.

3. And while we’re on the topic of men, this text + graphic roundup excerpted from “How To Be Successful Without Hurting Men’s Feelings” by Sarah Cooper had me laughing out loud. 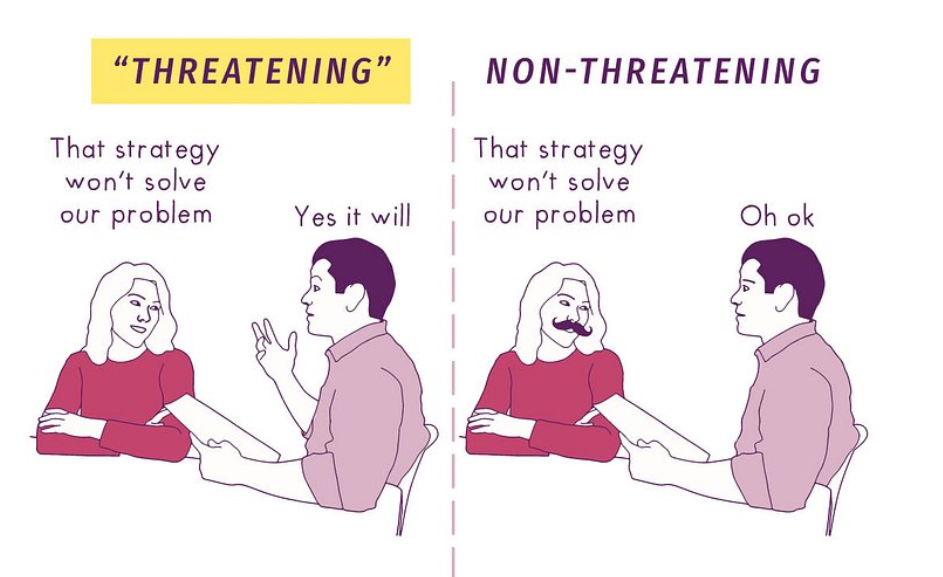 Though sarcastic and meant to be funny, this roundup (unfortunately) rings true for so many women. When it comes to being heard or respected, especially in the workplace, this (often unconscious, but nonetheless excusable) bias needs to be addressed. I thought the humor in this was relatable and very well done.

4. In terms of efficiency, this article on responding to email felt very relevant for my fast-paced work life.

Anyone else feel like they’re obligated to respond to a work email as soon as possible? Feel pressured to be efficient, even if that means answering out of work hours? This article tackles that ‘hustle mindset’ and encourages us to take time in responding (and not feel obligated to answer back immediately after receiving something.

“Take your time when responding to email. The point of this exercise is to practice patience. And mindfulness. And, ah, it’s a response to, um, capitalism. And … it’s a protest against … the idea of working with maximum efficiency … okay fine, it’s because I hate email, and it sucks, and I deeply resent the idea that anyone can contact me at any moment.”

5. Continuing that thought, I’m intrigued by this LinkedIn thread about working 80+ hours per week.

I’ve read so much content on what a good work-life balance entails. Honestly, everyone has their own opinion (and I think it really has to be determined by you and what feels right). Lately I’ve found more and more talking about the ‘hustle’ (ie: working more than 40 hours per week) is negative. I can agree with this because when we overwork, we end up creating less efficient work.

However, this LinkedIn thread shares notes from Elon Musk who argues that 80+ hours is better (he even argues for 100!). While I think this is a bit excessive, there’s something to be said for really pushing yourself to be successful. After all, nothing gets done unless you’re pushing yourself. What are your thoughts?

6. On the visual end, who else is streaming Ariana Grande’s YouTube episode ‘Dangerous Woman Diaries’?

To be completely honest, I’m not a huge Ariana Grande fan. Nothing against her at all, in fact, I think she’s super talented and I enjoy her music (even if it’s overplayed on the radio hehe). There are just other artists I prefer. However, I can’t help but vibe to this behind-the-scenes YouTube episode. I absolutely love when artists share sneak peeks into their lives and talk about motivates them and their music. I couldn’t help but love this talented young girl in watching this video. She’s truly going places.

I also have such a heart for her with the passing of Mac Miller. Mac was her ex-boyfriend and she received such negative backlash when he overdosed, with people blaming her or saying that she shouldn’t have broken up with him. My heart goes out to her because addiction isn’t something that you can fix or change in someone, but it’s clear through her music and social media that she loves him deeply. Honestly, that and her video have made me have a new appreciation for her sound and soul.

Anyone else been keeping up with her?

Those are the things that I’ve connected with the most this week.
How about you? Drop a comment.