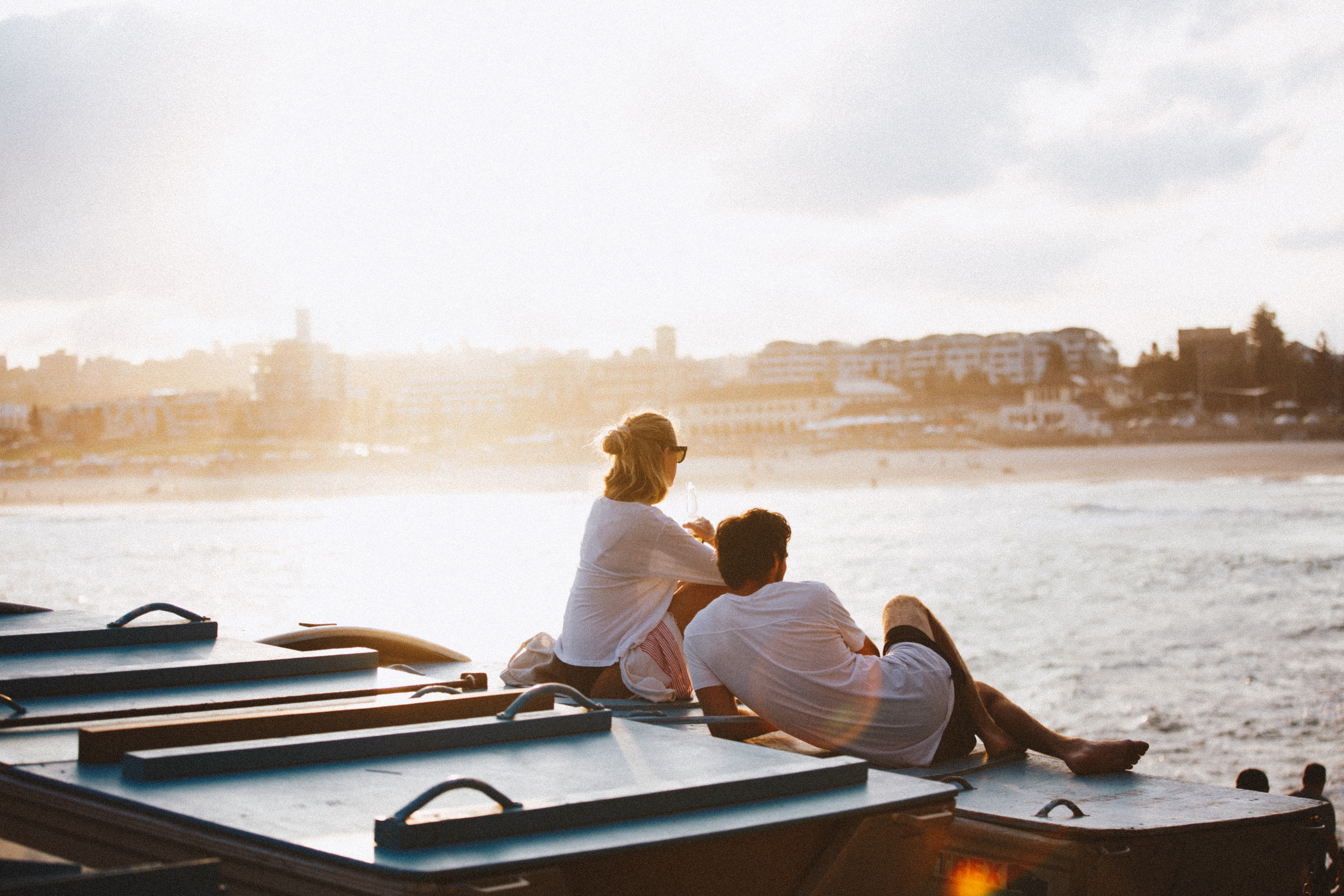 “This just doesn’t make any sense,” he says. We’re sitting across from one another in a plastic set of table and chairs outside of a coffee shop. The California air is cloudy and damp. I pull the fabric of my romper tighter around my middle and resist the urge to lean over and take a sip of his coffee. I had told him I didn’t want any—to go back on my stubbornness would seem like a surrender, one I wasn’t quite ready to give.

I study the lines of his face—thirty-four today, but one could hardly tell, save for the gentle wrinkles around his eyes. I have the same ones, though slightly less worn, still prominent around my face. Sometimes I catch him looking at those lines in the bathroom mirror, drawing the corners of his cheeks into a frown. I wish he could see them the way I do—markers of his fatherhood, his story, his strength.

We’re talking about our future, about the places we’ll go and live. And I’m struck by the thought that figuring out our forever is so foolish. How can we know where we’ll go, who we’ll become? Why is it that we’re supposed to know, have it all planned? Why is it normal, expected, for people to understand how to navigate a road they’ve never even traveled?

A car moves slowly past us on the street, its engine humming. I focus on the sounds—the car, the parrots screeching overhead, the airplane dipping through the clouds. I lean over to scratch his dog, who is nestled up next to my chair. His fur is soft and velvety beneath my palms.

I look back up at this man I love, his gaze intent on me. Then I look away.

In conversations like this, I move one of two ways—either I speak, tears running wildly down my cheeks, or I bottle up, my heart heavy and silent in my chest. Right now, I’m teetering on the edge of the first, the wetness welling up in the corner of my eyes.

I don’t know how to articulate the way I feel—that life is so damn complicated, but sometimes it’s better to embrace that complication than rush for the sake of it all being easy; that I’m just as excited as I am terrified of the unknown; that I’m struggling with whether to be ‘smart’ or to listen to my heart; and that maybe I just don’t have an answer. And that’s the scariest part of all.

I’m still not sure how to fit into roles that I’m demanding myself to fit into, or how to let my fears be mine, instead of projecting them onto people around me. I’m still learning how to let go of the voices that have filled my mind for years, ones I’ve learned to listen to before even hearing my own.

But as the clouds dance slowly through the sky, preparing for the sun to kiss them away, I know one thing for certain—this man, sitting in front of me in a weathered plastic chair, with his eye-lines and his dog wrapping his paws around my ankles, is who I love.

And maybe, it’s not about having all the answers, all the roads navigated, all the routes planned. Maybe, just maybe, love is enough.